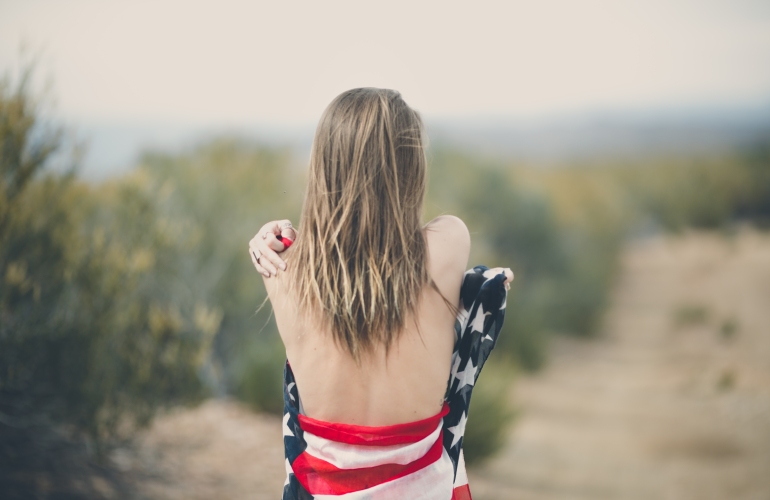 Was Jesus a conservative? A liberal?

If he could, would he have voted Democrat or Republican?
Would Jesus have even voted? Would he have had anything to do with modern politics, at all?

Or is there more going on in the Gospels?
Are we even asking the right questions?

I think the answers to these questions are
relentlessly surprising,
breathlessly hopeful,
and a little disturbing.

Especially for those of us born and raised in the United States.

We need to rediscover the original message of Jesus of Nazareth.
And we need to reclaim it from our dry systematic theologies, historical and cultural blindness, and consumerism Christianity.
And then we need to proclaim this revolutionary, controversial, beautiful and radical message to the Kingdom of the World.

“If we can only elect the right people,
pass the right laws,
and stand for and against the right issues,
then we can take America back for God.”

Unfortunately, these sentiments pervade much of the American Evangelical community, and, perhaps more damaging are almost completely inseparable from secular preconceptions of Christianity.

And this temptation exists for both ‘conservative’ and ‘liberal’ Christians.

In The Myth of a Christian Nation, theologian Gregory Boyd says,

The evangelical church in America has, to a large extent, been co-opted by an American, religious version of the kingdom of the world. We have come to trust the power of the sword more than the power of the cross. “

Under the guise of a ‘Christian Nation,’ Christianity has been used by Americans to justify the slaughter of the Indians, the trafficking and ownership of slaves, the nuclear strike of civilian population centers in Japan, segregation in schools and lynchings in the Deep South, and the killing of civilians in the War on Terror.

In this Americanized Christianity, freedom – not grace or mercy – is the most important virtue that must be defended at all cost. We fear legislation that will prevent us from sharing our faith in the future, and yet we have no plan to share our faith in the present. It’s a faith that places more emphasis on national identity than it does on the multicultural family of Christ.

Leaders from the stage and the pulpit have referred to America as “the hope of all mankind,” “a shining beacon on a hill,” “the light of the world,” and “the last best hope for mankind.”

In the Bible, this type of rhetoric is almost exclusively reserved for Jesus.

We speak in reverent and worshipful tones about the documents that formed our country and cry blasphemy when someone criticized them or recommends alterations. We’ve willfully traded the Sermon on the Mount for the U.S. Constitution and the Bill of Rights.

Too often and for too long, American ‘Christianity’ has been a political agenda in search of a gospel useful enough to accommodate it.”

In my opinion, the convergence of the Christianity, politics, and national identity forms an unholy trinity that corrodes public trust in the Church and grossly corrupts the Gospel of Jesus Christ.

For God and Country

Alone in the desert after his baptism, Jesus found himself tempted by satan, or “The Accuser.”

In the third temptation, The Accuser tempts Jesus with the “splendor and glory” and “power and pomp” of “all the kingdoms of the world.”

But Jesus isn’t interested in the splendor and power,
(nor does he deny The Accuser’s ownership of all the kingdoms of the world).

Christianity is so entangled with the world that millions never guess how radically they have missed the New Testament pattern. Compromise is everywhere.”

When Jesus is being questioned prior to his execution, Pilate asks Jesus, “Are you the King of the Jews?”
Or, in other words, “Is your Kingdom going to be a problem for the Roman Empire?”

Jesus wasn’t talking about a spiritual afterlife,
or a morally superior way of life.

In the Gospel of Mark, James and John ask Jesus if they can sit “in the glory of [his] kingdom” at his right and left hand – two positions of political power.

You know that among the nations of the world the great ones lord it over the little people and act like tyrants. But that is not the way it will be among you. Whoever would be great among you must serve and minister.”

James and John were still thinking in the ways of the Old Kingdom.

Once you lose the Kingdom theme, which is central to the Gospels, everything else becomes reinterpreted in ways that radically distort, that substitute a subtly different “gospel” message for the one Matthew, Mark, Luke, and John are eager to convey.”

Wielding political power in order to advance the Kingdom of Heaven will only result in a marginally better Kingdom of the World – which will always be a weak and ineffective substitute for the real thing.

And, even worse, the confusion of the two Kingdoms by the Church will have disastrous consequences for the Church and culture.

Politics is the church’s worst problem. It is her constant temptation, the occasion of her greatest disasters, the trap continually set for her by the prince of this world.”

Look at the empty cathedrals and churches that dot the landscapes and city squares of England, France, Sweden, Denmark, and the rest of Europe.

Anywhere the Church exercised government-like moral and legislative authority over its citizenship, the Church collapsed into a secular blackhole – due in no small part to the horrific violence and oppression committed under the banner of Christ.

Additionally, the cultural entanglement of American nationalism and the Evangelical Church can be a massive stumbling block to both world missions and personal evangelism.

Nationalism denies the transcendent nature of God’s Kingdom. It ignores the fact that there is one universal Body of Christ that includes those from every tongue, tribe, and nation.”

The temptation to consider power an apt instrument for the proclamation of the Gospel is the greatest temptation of all.”

A Better Way to Change the World

Jesus didn’t come to offer solutions to societal ills, enforce good behavior, or take over governments. He came to transform lives from the inside out by winning them over to the New Kingdom through a supreme act of love, forgiveness, and mercy.

And using the Gospel as a rallying cry for Christians to “take our country back” or as a justification for violence against our nation’s enemies is a bastardization and near-demonic distortion of the message Jesus preached.

In Beauty Will Save the World, pastor Brian Zahnd says,

This is not to say that a country or government can’t improve or achieve “good” on Earth.

But if the primary method through which we attempt to make manifest the Kingdom of Heaven is through civic participation, then we are at best just barely scratching the surface and are at worst deluding ourselves into believing we are actually having any significant impact.

Jesus never commanded nor encouraged his followers to seek political office or positions of power to influence culture or spread the Gospel.

What it would look like if instead of trying to influence the Kingdom of World through political gain, the Church simply committed itself to doing the work of the Kingdom “on earth as it is in Heaven?”

The Kingdom of Heaven is not advanced through the election of certain candidates or the passage of specific legislation.

The Kingdom of Heaven is advanced by the people of God performing acts of self-sacrificial love, mercy, and justice for their neighbors and their enemies.

You cannot expect to transform people’s lives by exerting power over them.
This is why Jesus came as a suffering servant, and not as a conquering king.

But to love enemies, forgive transgressors, bless persecutors, serve sinners, accept social rejects, abolish racist walls, share resources with the poor, bear the burden of neighbors, suffer with the oppressed – all the while making no claims to promote oneself – this is beautiful; this is Christlike. Only this, therefore, is distinct Kingdom of God activity.”

We don’t need a President or a political party to tell us to do these things.
We don’t a need a law or an act of Congress.
We already have a King.
And He wants to use you to usher in his New Kingdom.

In Romans, Paul acknowledges that God establishes world governments and that Christians should strive to be good citizens.

But just because God establishes world governments and may use them to execute justice, that doesn’t mean God endorses their Kingdom-of-the-World behavior OR His followers’ participation in said behavior.

A Kingdom of the World – no matter how “good,” “free,” or “just” – will always rely on Kingdom-of-the-World tactics in order to protect its own self-interests.

“No one can serve two masters,” Jesus said.

You cannot read Romans 13 with acknowledging the Christian ethic established in Romans 12.

With World War II on the horizon, Martin delivered a sermon to his congregation announcing his decision to enlist. He said,

When this great nation was formed, God gave it Christianity as its soul, and it is from these Christian roots that it has grown and developed.”

Martin Niemoller was a German citizen.
He served as a Nazi soldier during World War II out of allegiance to his country.

For more information on the collision between politics and Christianity:

For more information on the Kingdom of Heaven and the Gospel in historical context:

For more information on the future of the Church in America:

2 thoughts on “The Flag and the Cross: The Religious Seduction of Politics and Power”