Trigger Warning: The following article contains graphic sexual content and intense depictions of sexual abuse. Reader discretion is strongly advised. However, none of the hyperlinked text links out to pornographic websites.

And more pornography is consumed per capita in the Bible Belt than any other geographic subset in the United States.

And then those same writers will write scathing articles criticizing violence against women in Game of Thrones, the sexual objectification of women by politicians, and our unjust criminal justice system that favors the rapists over the victim.

Is it possible that the fact that a staggering majority of men and a significant portion of women watched more than 5,246 centuries worth of pornographic video clips per year is a contributing factor to the world’s issues with women’s rights, body image, and rampant misogyny?

I mean, that’s not a crazy question, is it?

In our rush to defend, minimize or overlook the impact of pornography preventing us from an objective and honest examination of the facts?

The Pornification of the United States

There are more pornography viewers than the users of Netflix, Amazon, and Twitter combined.

Pornography is filled with content considered horrific and regressive in any other facet of culture – racial and gender stereotypes, slurs, casual misogyny and an overwhelming fixation on the developing sexuality and curiosity of young women. It is the fulfillment and epitome of the “male gaze.”

Pornography use was associated with more permissive sexual attitudes and tended to be linked with stronger gender-stereotypical sexual beliefs. It also seemed to be related to the occurrence of sexual intercourse, greater experience with casual sex behavior, and more sexual aggression, both in terms of perpetration and victimization.”

Where do you think “bro and rape culture” get their misogynistic views of women?

Do I even have to explain why this is bad for women?

According to a 2008 Journal of Sex Research study that included 15,246 respondents, a symmetrical relationship was revealed between men and women as a result of viewing pornography that included

And for all of you married folks out there, research from a 2014 Journal of Family & Economic Issues found married adults that looked at pornography

were more likely to be divorced, more likely to have had an extramarital affair, and less likely to report being happy with their marriage or happy overall. The negative relationship between pornography use and marital well-being has, if anything, grown stronger over time, during a period in which pornography has become both more explicit and more easily available.”

For the record, multiple research studies have found a negative relationship between pornography consumption and marital satisfaction.

Canaries In The Coalmine

The researchers summed up their findings:

The subjects also had greater impairments of sexual arousal and erectile difficulties in intimate relationships but not with sexually explicit materials highlighting that the enhanced desire scores were specific to the explicit cues and not generalized heightened sexual desire.”

In a 2015 article from the Journal of Experiential Psychotherapy, researchers concluded

Pornography offers a very simple alternative to obtain pleasure without implying other factors that were involved in human’s sexuality along the history of mankind. The brain develops an alternative path for sexuality which excludes “the other real person” from the equation. Furthermore, pornography consumption in a long term makes men more prone to difficulties in obtaining an erection in a presence of their partners.”

Pornography treats sex and arousal as a novelty,
and novelty wears off.

In a 2014 Journal of the American Medical Association article, the authors concluded

In the 2016 Journal of Sexual and Relationship Therapy, researchers

The Other Side of the Camera

The more extreme or humiliating the sex act, the higher the wage.

In an article for The New Yorker, writer Katrina Forrester said

Or is it really about freedom of speech?

I believe global warming is real (and exacerbated by humans) and that vaccines don’t cause autism and the world is a globe because that’s where scientific research, common sense, and easily observable evidence takes me.

Can we not apply the same standards to pornography?

If you continue to view pornography and think it’s no big deal, I’m not going to stop you.
I wouldn’t yank a cigarette out of someone’s mouth just because I know it’s a dangerous habit.

But at a certain point, we’re going to have to ask ourselves, when it really comes down to it
What do we stand for?
Where will we draw the line?
And do we have a consistent ethic toward human flourishing and dignity of all people, genders, races, and sexual orientations?

In Chimamanda Ngozi Adichie breathtaking short book We Should All Be Feminist (and yes, you should read it or at least listen to her TED talk), she says

My own definition is a feminist is a man or a woman who says, yes, there’s a problem with gender as it is today and we must fix it, we must do better. All of us, women and men, must do better.”

And think that’s exactly how I want to finish this piece.

2 thoughts on “Skin in the Game: The Feminist Case Against Pornography” 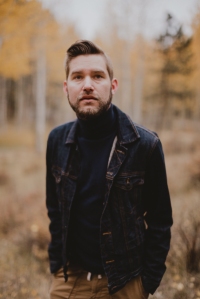